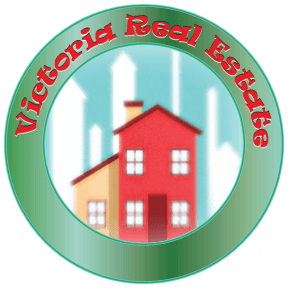 The key to understanding the current Real Estate market cycle is by a comparison of the dynamics that precipitated the previous one of the 2000 to 2007 period with the present.

Lending standards, interest rates and mortgage underwriting criteria became most favorable to home buying shortly after the collapse of the 2001 tech bubble in an effort by governments and the banking industry to prevent the economy from sliding into a recession, by an expansion of the money supply through consumer and corporate borrowing.  Many other monetary expansion measures were implemented implemented also in hopes of preventing a recession or even depression level economic event that was sure to follow the correction in the stock market.

Fractional reserve lending standards were eviscerated by clever new bank instruments like Collateralized Debt Obligations, (CDO's) and Credit Default Swaps (CDS's), and other credit derivatives that permitted banks to repeatedly sell loans to third parties in order to create new debt and turning existing debt into new cash reserves to circumvent the fractional reserve limitations that were designed to keep inflation in check, permitting them to cycle their reserves, virtually without limitations.

The ensuing liquidity bubble then finally came to an end when consumer debt expansion had reached a saturation point whereby the origination of new debt could no longer keep pace with repayment of the gross aggregate existing private and public debt, causing a contraction in the M1 money supply and consequently a monetary recession.

The book Manias, Panics, and Crashes, by the late Charles Kindleberger, illustrates this concept in detail.

Once this inflection point had been reached an exponential decline in M1 money supply was sure to follow causing critical liquidity shortages that quickly spread throughout the financial markets and general economy, and that would have no doubt culminated in a wide spread collapse of the global financial system had the US government and other governments and central banks around the world not intervened with a massive financial bailouts that are indirectly the cause of the current stock market and Real Estate bubbles.

Bailout funds provided to investment banks, various other financial institutions and corporations around the world and other such mechanisms of the quantitative easing program, spear-headed by Ben Bernanke in 2008, then of the US federal Reserve, and Hank Paulson secretary of the treasury of the US government at the time, provided the necessary liquidity to subsidize the various failing investments around the world that were the result of the abuses of the fractional reserve lending system of the previous cycle by the banks originating these new and now failing debt instruments, which according to Marc Faber, publisher of the "Gloom, Boom & Doom Report, had a notional value, that is original value, of 1.3 Quadrillion in US dollars, or 1300 Trillion.  Quite a sum.

These new bailout funds were then immediately invested into the financial markets via stocks, commodities, government bonds where they could turn a profit until needed to subsidize the failing loans and derivative instruments on the books of these various institutions causing what became known as the "stealth bull market" that is still in play today.

These stock market gains soon found their way into the Real Estate sector where they quickly lead to dramatic price escalations with investors looking to diversity funds away from the increasingly diminishing  dividend returns of stock market investments and risks associated with artificially inflated commodity investments like the risk demonstrated by the recent collapse of the energy sector.   Of even greater significance is the role China plays in all this as a prime beneficiary of quantitative easement with it's vast holdings of failing credit derivative instruments from the reinvestment of a vast foreign exchange surplus connected with consumer debt explosion bubble of the previous decade.

These funds are being funneled into the hands of a small upper class in China who have been exporting their holdings in vast quantities into safe Western jurisdictions where they are being invested into commercial and residential Real Estate.

As a result all major North America cities have experienced Real Estate price escalations due to safe haven migration of funds from China; a trend that is now beginning to slow in consequence of changes to Chinese currency export regulations with effects seen in Vancouver and elsewhere in the form of a slowing Real Estate market long before the Property Transfer surcharge on foreign investment came into effect in that jurisdiction.

To some extent major Real Estate markets in North America are now tied to the continued strength of the Chinese economy and ever tightening Chinese regulations on currency exports.

In addition to all this excess liquidity we continue to see an influx of retirement and lifestyle based migration into Victoria from the rest of Canada, and more recently, following the election of Donald Trump, a growing trend of US citizens looking to escape their new political reality by coming to Canada.  (Trump Refugees).

Typically, only those Americans with existing status in Canada who actually buy Real Estate here with the rest typically giving up when they find out about Canadian tax laws on foreign ownership of Real Estate, or when they discover how difficult it is immigrate from the US into Canada, and that they can otherwise only stay for six months at a time.

History has shown that the Victoria Real Estate market is generally impacted negatively by only two things; either a dramatic rise in interest rates, or a significant correction in the stock market.  Additionally, I think it’s fair to assume that a collapse of the Chinese economy or further currency export limitations by the Chinese government would also have a large negative impact on Victoria Real Estate values.

In the immediate term the two recent smaller rises in the prime rate, change to mortgage underwriting criteria, as well as the change in regional government to the NDP, recent provincial budget changes impacting Real Estate, and the uncertainties in US politics and geopolitical instabilities appear to have put a damper on our local market.  Prices are not coming down by any stretch of the imagination but they appear to have stopped going up, at least for now.

We are also seeing a shift in interest from single family homes into the condo sector in response to the impact of these changes to housing affordability, a trend that is expected to continue.

Victoria has always been a desirable destination with a stable Real Estate market and the most diverse economy in the country, so until some geopolitical event or monetary policy inflection points brings about another stock market crash or dramatic rise in interest rates we can expect continued stability in the housing market.